Sochi is a city in Russia, located on the north-eastern coast of the Black Sea (the Black Sea coast of Russia) in the Krasnodar Region, at a distance of 1,700 km from Moscow.

Sochi is the largest city resort in Russia, an important transport hub, as well as a major economic and cultural center of the Black Sea coast of Russia.

Unofficially it is also called the summer, southern and resort «capital» of Russia.

How can you get there?

In Sochi there are two seaports

Sochi is in the same time zone as Moscow. 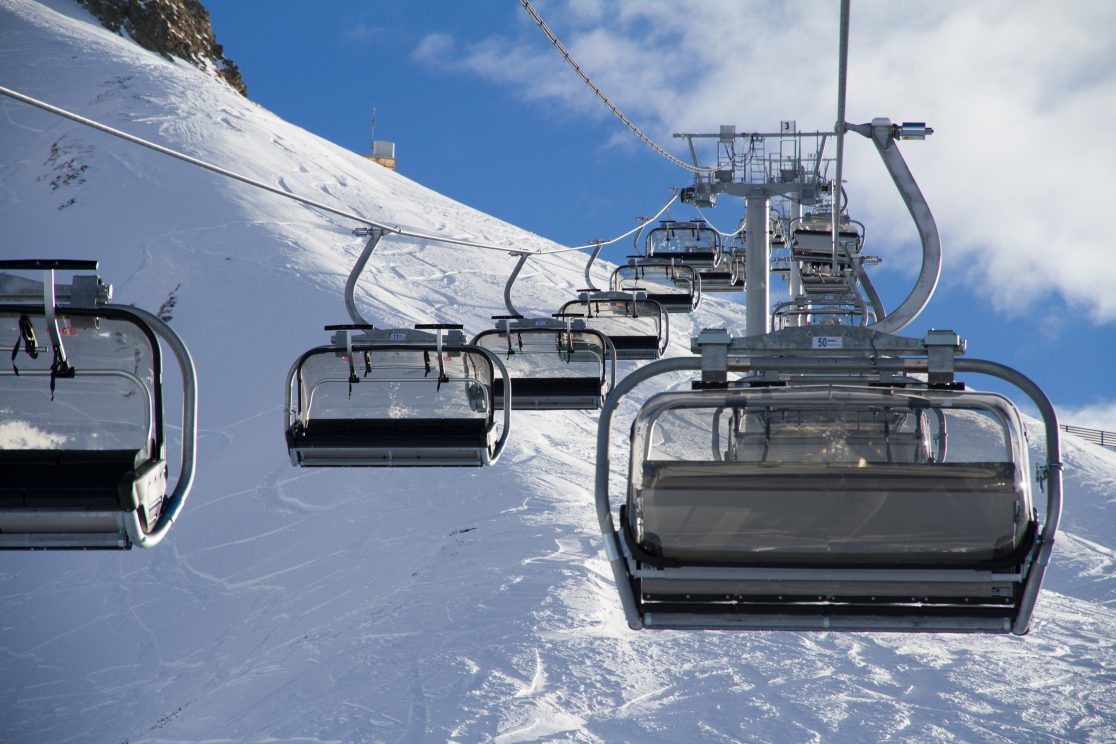 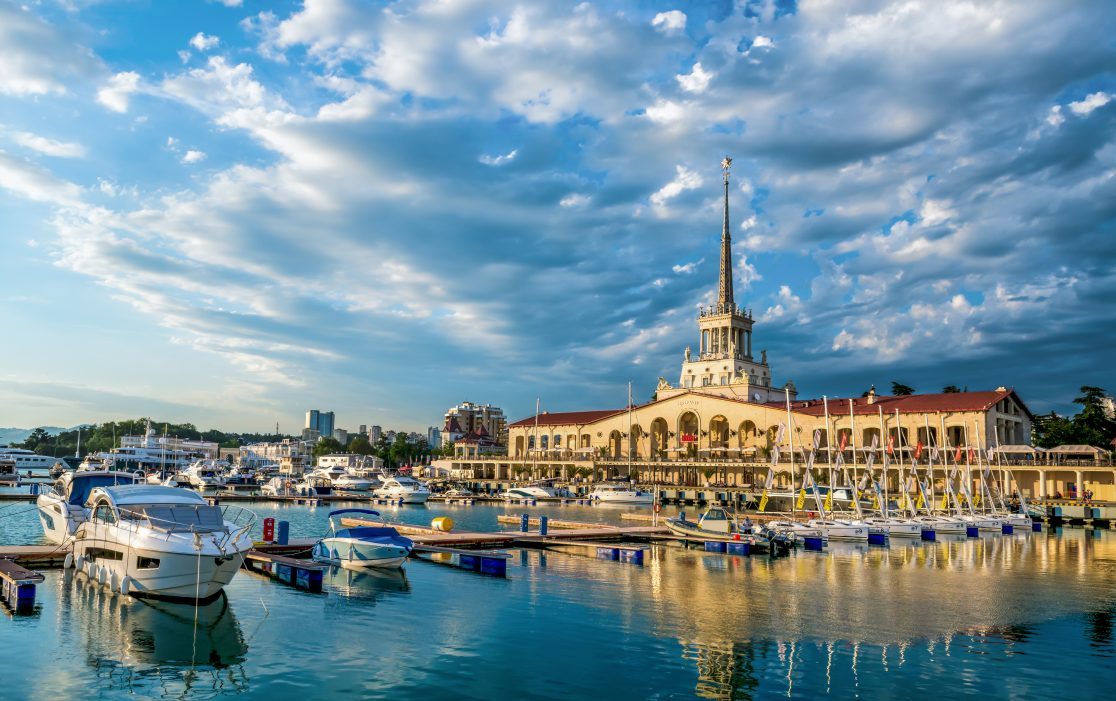 Hotels of Sochi offer a variety of services and are located both near the beach and in the mountains overlooking Sochi. Your choice of hotel when you travel to Sochi will depend upon your budget and your reasons for visiting Sochi. Ask yourself if you’re traveling to Sochi more for skiing or for swimming and sunshine and plan to book your hotel accordingly.

Hotels on the seaside: 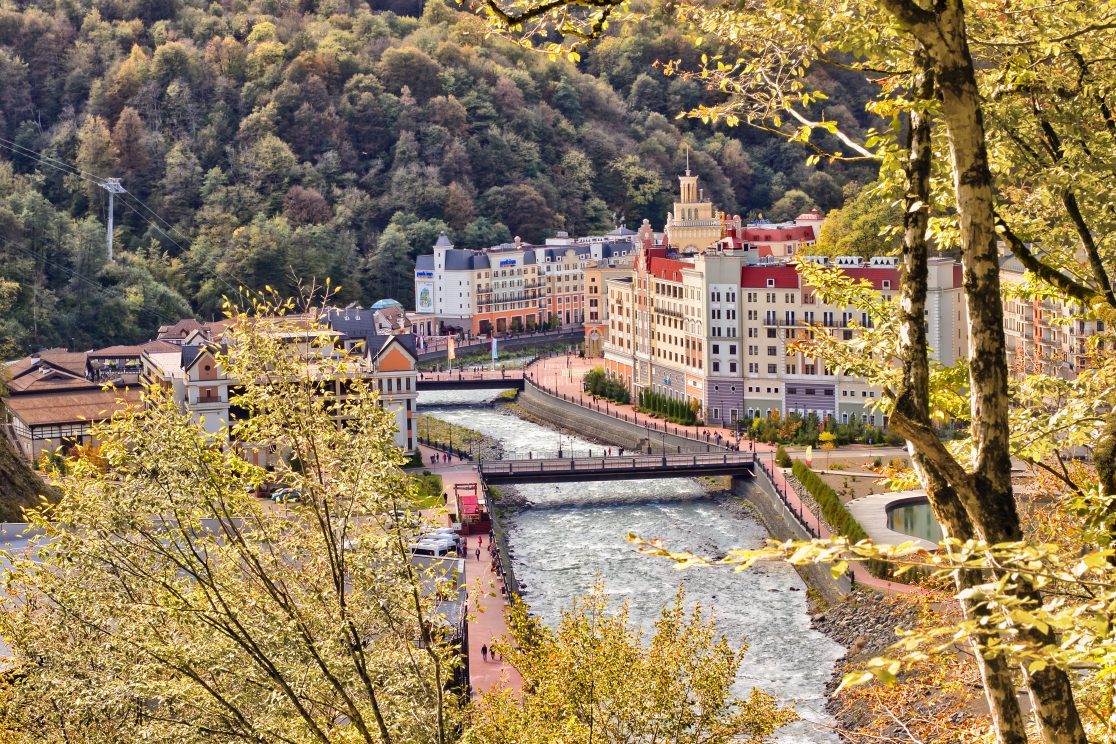 Excursions and activities in Sochi

Swim in the Black Sea

The summer months are considered the most attractive for swimming. The region has a Mediterranean type of climate, gentle and moderate, with an average winter temperature in the range of 8-10 °С along the coast. In summer the temperature can reach up to 38-40 °С, the sea is 26°С.

However, those who know the situation well often prefer to come in early fall, referred to as the “velvet season” in Russian, when the resort is less crowded but the water remains warm (an average of 24 °С in September).

While Sochi is first and foremost known as a beach resort, its location by the Caucasus Mountains means that vacationers can enjoy a wealth of winter-sports activities, including at Krasnaya Polyana ski village. The exact ski season varies from year to year, but generally runs from December through to April. If previously the snow facilities were somewhat modest, the Winter Olympics has seen Krasnaya Polyana upgraded to a truly international standard, while new resort areas, such as the Rosa Khutor complex, have taken shape. Comfortable modern express trains now run between the ski village and Sochi taking roughly 70 minutes each direction. 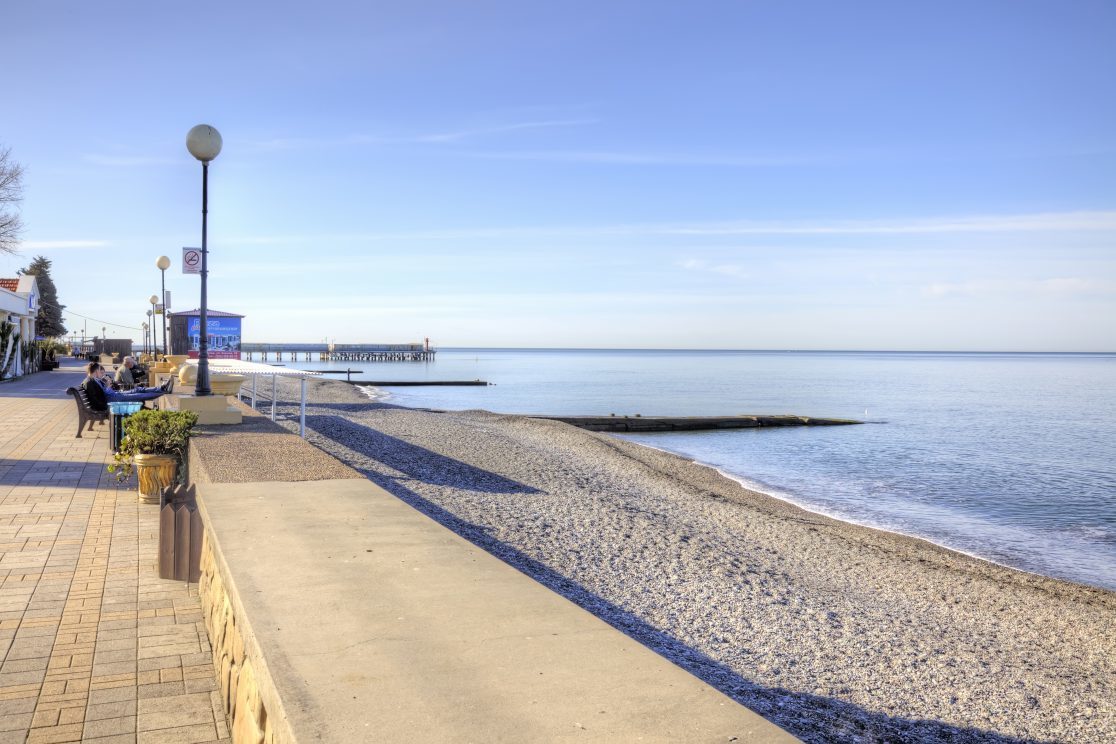 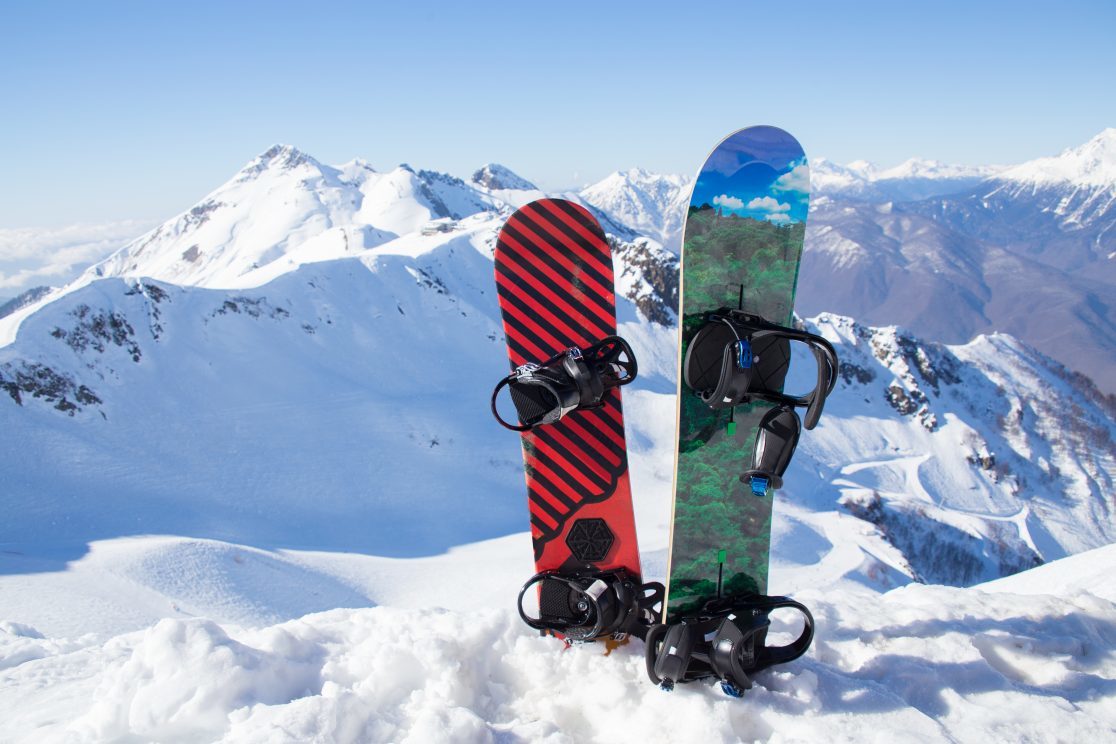 No matter, if you came to Sochi for the first or you have already visited the resort, the city tour will be a bright and memorable event among many other sightseeing activities. This tour on a comfortable bus with an experienced guide around Sochi will tell you a lot of interesting and remarkable facts about the history of the resort city, will let you enjoy its places of interest and bring you a lot of new impressions. The city tour begins from the historic city center, where are the roots of the history of Sochi. It was here where the first fortifications were built, the first spa facilities laid and exotic trees planted. 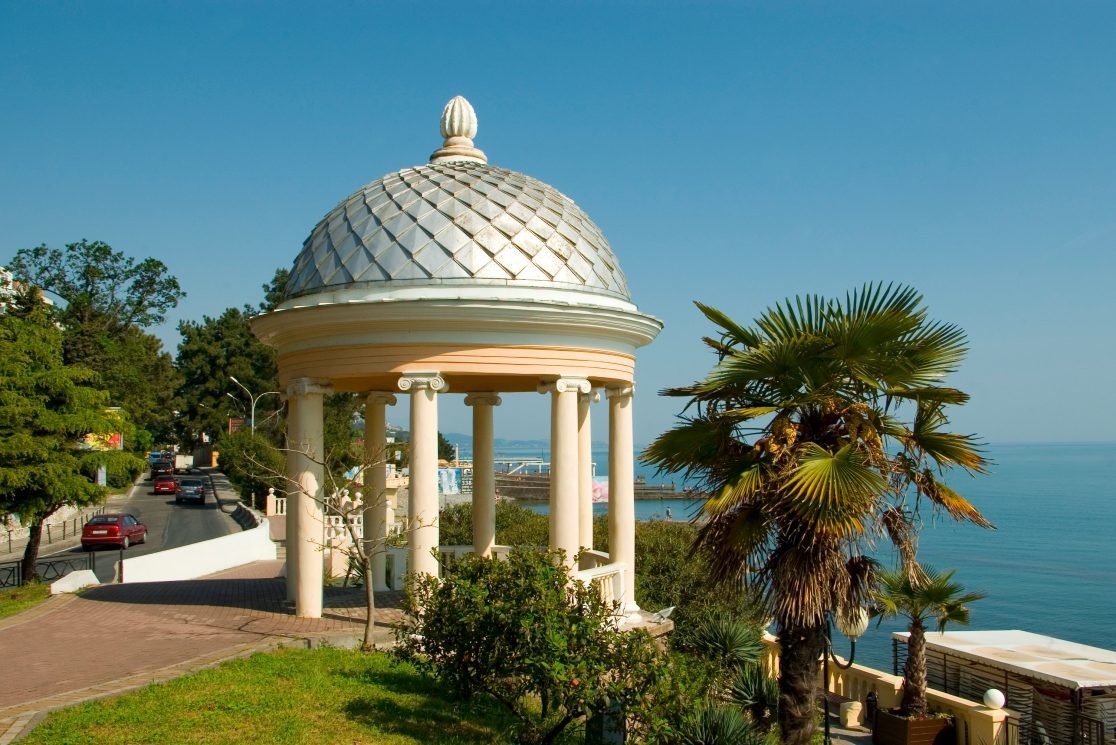 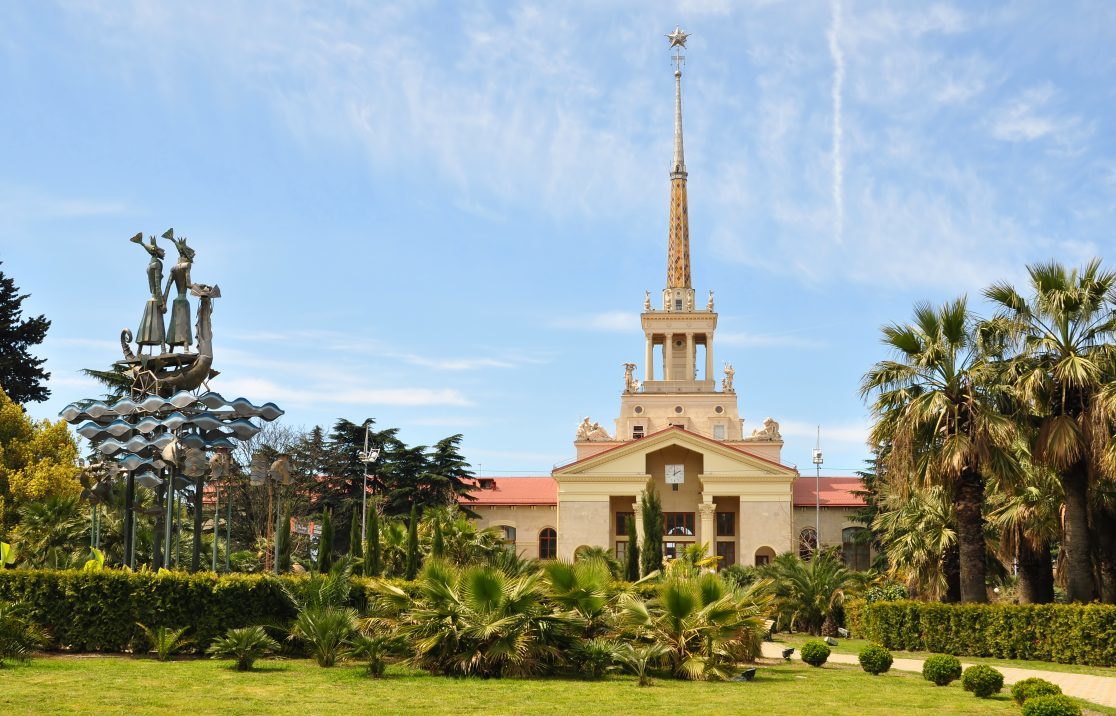 The Arboretum is a park famous throughout the world. This largest wildlife museum located in Sochi is one of the most beautiful parks in the Black Sea coast. The park represents a unique collection of more than 1,800 species of rare plants. Trees and shrubs growing in the Arboretum were brought from all corners of our planet: Algerian cork oak, Australian eucalyptus, cypresses, Japanese cherry, lots of pine trees, evergreen plant with feathery leaves named cycas and many others. Here in spacious open-air cages live camels, wild boars, peacocks.

In the Arboretum you can find the biggest collection in Russia of exotic plants from around the world. Shade requiring palms, fluffy pines, various kinds of bamboos, oaks took roots here. In the rose garden, where different varieties of flowers of Russian and foreign selections grow, roses bloom from early spring to late autumn. In the lower part of the park you can meet many representatives of the fauna. Pelicans, muskrats, rabbits, black and white swans and many other animals make happy many tourists by their presence.

The tour begins with a climb to the top of the park by the funicular. And then from there tourists descend on foot along the paths and alleys of the Arboretum park. 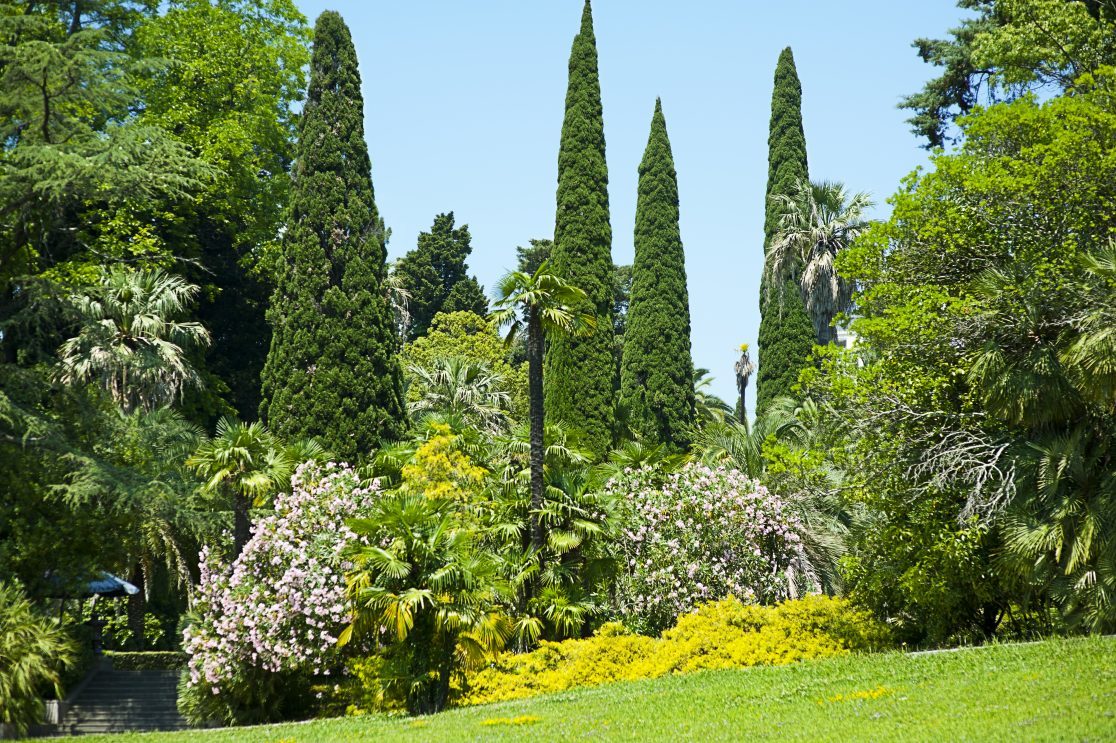 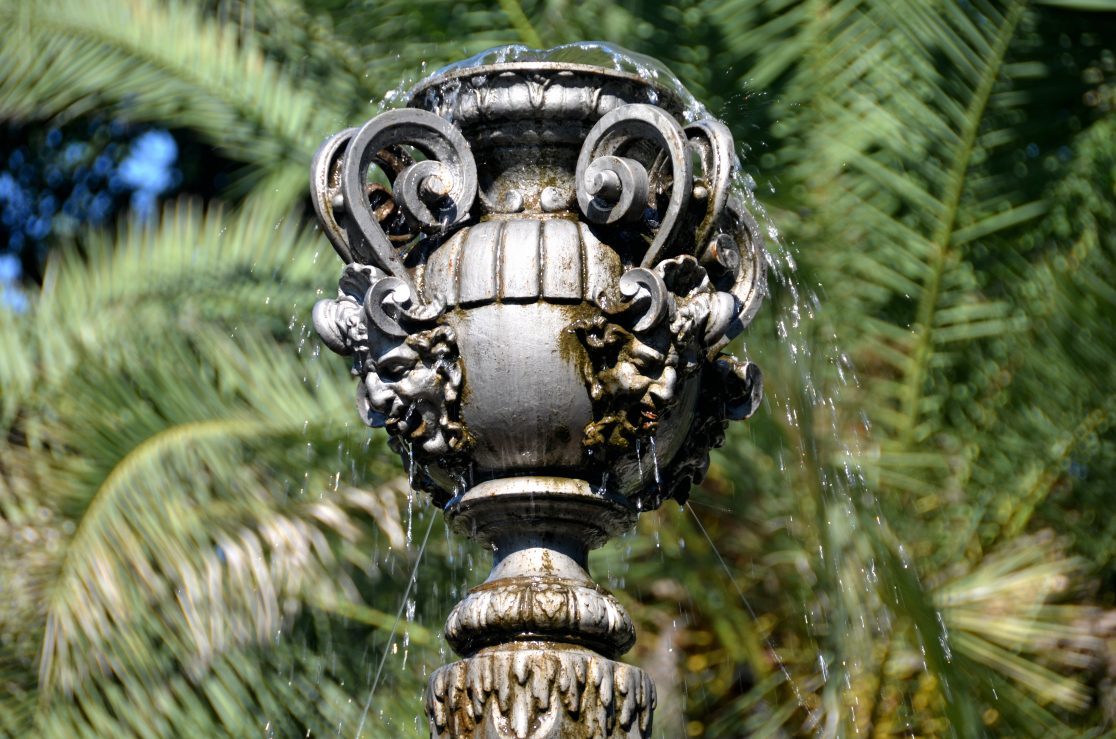 he tour around the Olympic park is a great opportunity to visit the Coastal and Mountain Cluster of the Olympic Sochi, to see with your own eyes the majestic structures, learn about their use during the Games and after, to feel the atmosphere of the Olympic capital. The tour program begins from Coastal Cluster, and then the group goes to the main media center, visits the Olympic Village and the Olympic Park. Here you can see enormous sport arenas and stadiums, have a trip by golf carts and take photo near the Olympic torch, visit theme park «Sochi Park» or see the Formula 1 Russian Grand Prix Circuit.

The second part of the tour includes the visit to the Mountain Cluster, located in Krasnaya Polyana. Tourists will visit several ski resorts («Rosa Khutor», «Gornaya Karusel», «Gazprom») and have a walk along the river Mzymta. Optionally, you can climb the mountain by cable way, visit the tasting room «Gifts of Krasnaya Polyana» and the cultural and entertainment center «Galaxy».

Note: We recommend you to take a sweater or a light jacket with you, because it can be quite cold on the tops of the mountains at any time of the year, in winter we recommend you to dress warmly. It is desirable to have shoes comfortable for walking. 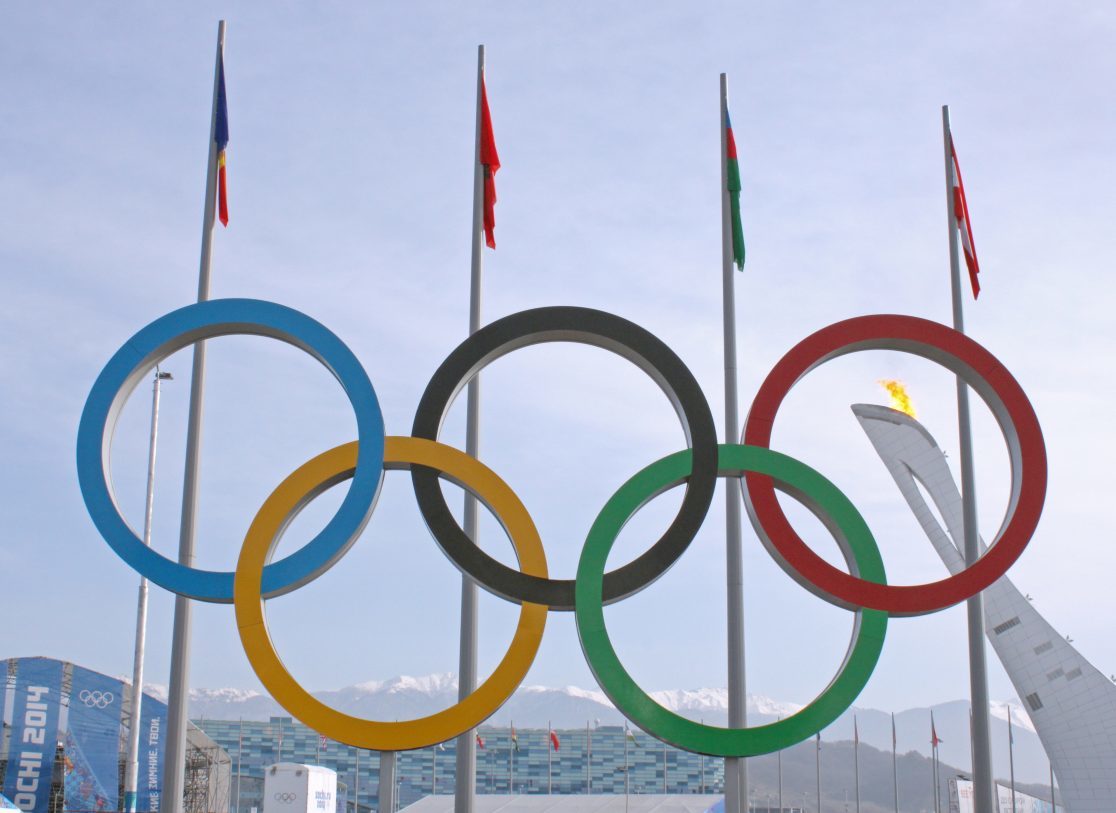 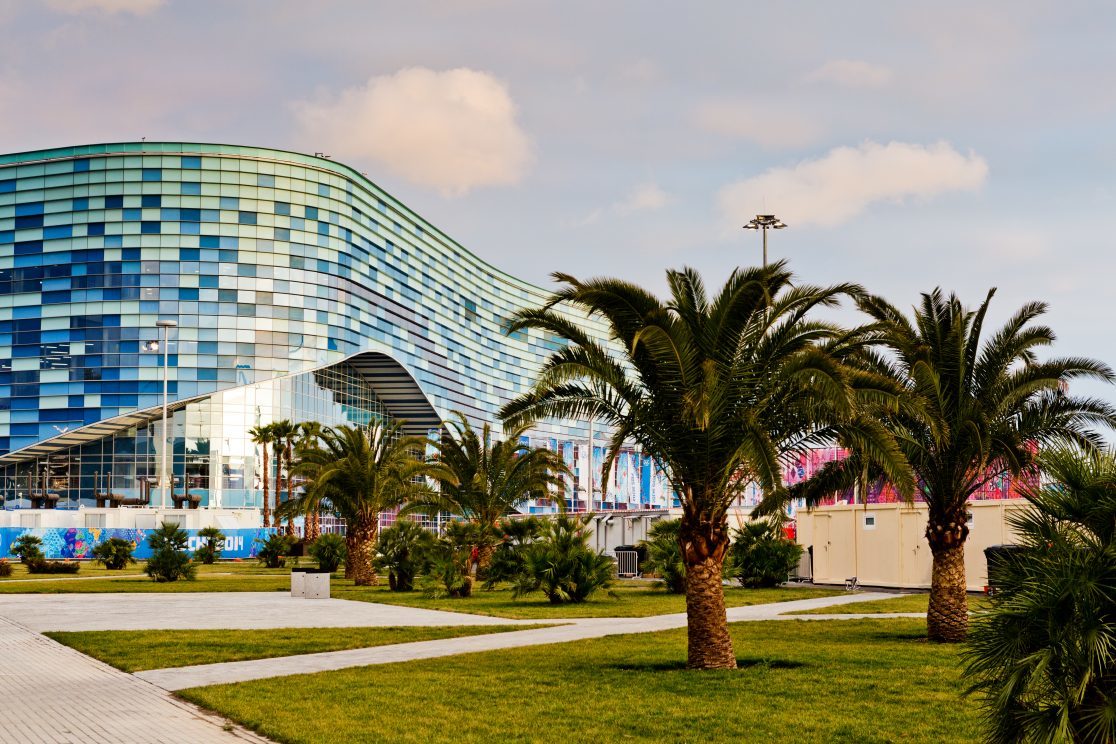 Stalin’s dacha is located near the center of Sochi near the sanatorium «Zelenaya Roscha». Due to this sanatorium, as historians say, the favorite summer residence of Joseph Vissarionovich got its name “Zelenaya Roscha”, i.e. «Green Grove». The dacha was built on the top of the ridge, located between Matsestinskaya valley and Agursky canyon, there is a subtropical park around it, which gives coolness and comfort to the territory of the dacha. The choice of location was not accidental, it was long and carefully chosen by experts from different institutions: constructors, doctors, representatives of special services of those times. The tour to Stalin’s dacha is devoted to his life related to Sochi and to the tragic fate of his family.

The guide will tell you about those famous people who visited the dacha. The prominent public and political figures, artists, leaders of foreign countries were among them. On the territory of Stalin’s dacha the interiors of those times are kept, giving an opportunity to plunge into the atmosphere of the socialist realism era. 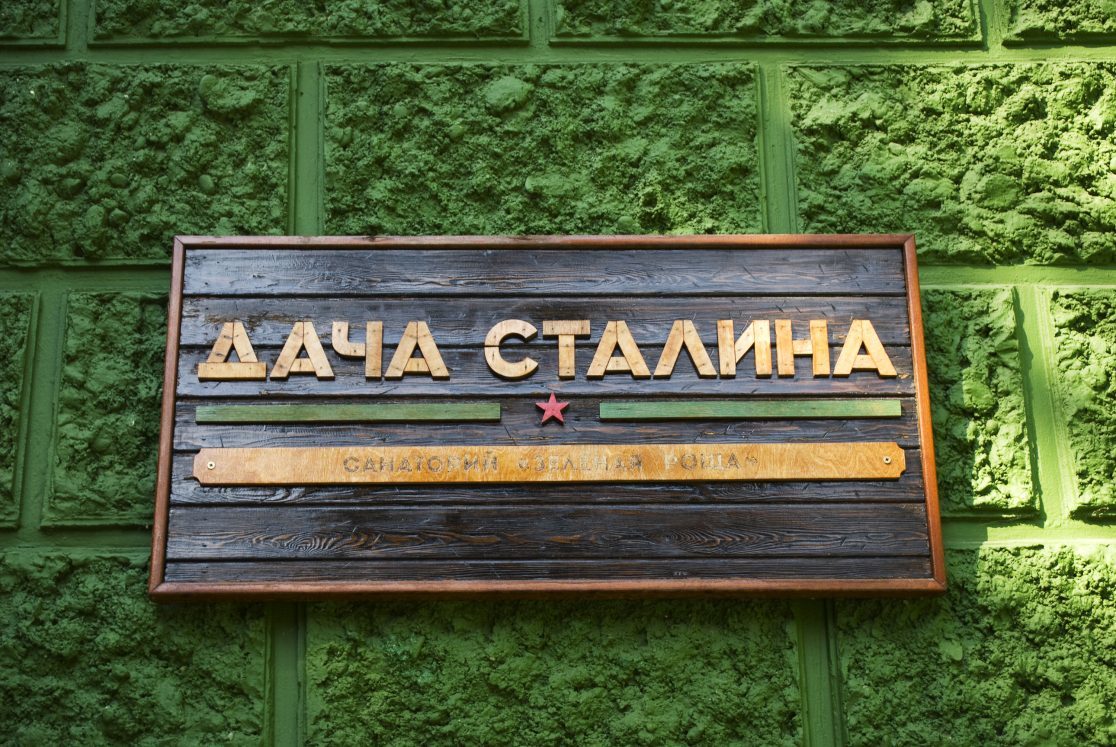 Akhun is a mountain chain located between the rivers Hosta and Kudepsta flowing in Khostinsky region of Sochi. The highest point is Akhun Mountain with a height of 663 m above sea level. At the top of the mountain in 1936 the watchtower with a height of over 30 meters was built according to the project of architect S. Vorobiyov. The tour to Akhun Mountain begins with climbing the mountain «serpentine» the length of which is 11 km. The road leads through shady relic groves to the top of the mountain. Tourists climb the watchtower, which offers a panoramic view of the Big Sochi. In clear weather, you can see a magnificent panorama from Pitsunda to Lazarevskoye, as well as beautiful views of the Great Caucasus Range. Inside the watchtower there is a museum of the fauna of the Caucasus, and at its base there are some cafes of national cuisine. On Akhun Mountain you can also have the tea from a samovar with different kinds of jam, try the true kebab-shashlyk and taste the local cheese and other goodies. You can experience horse and pony riding as well. 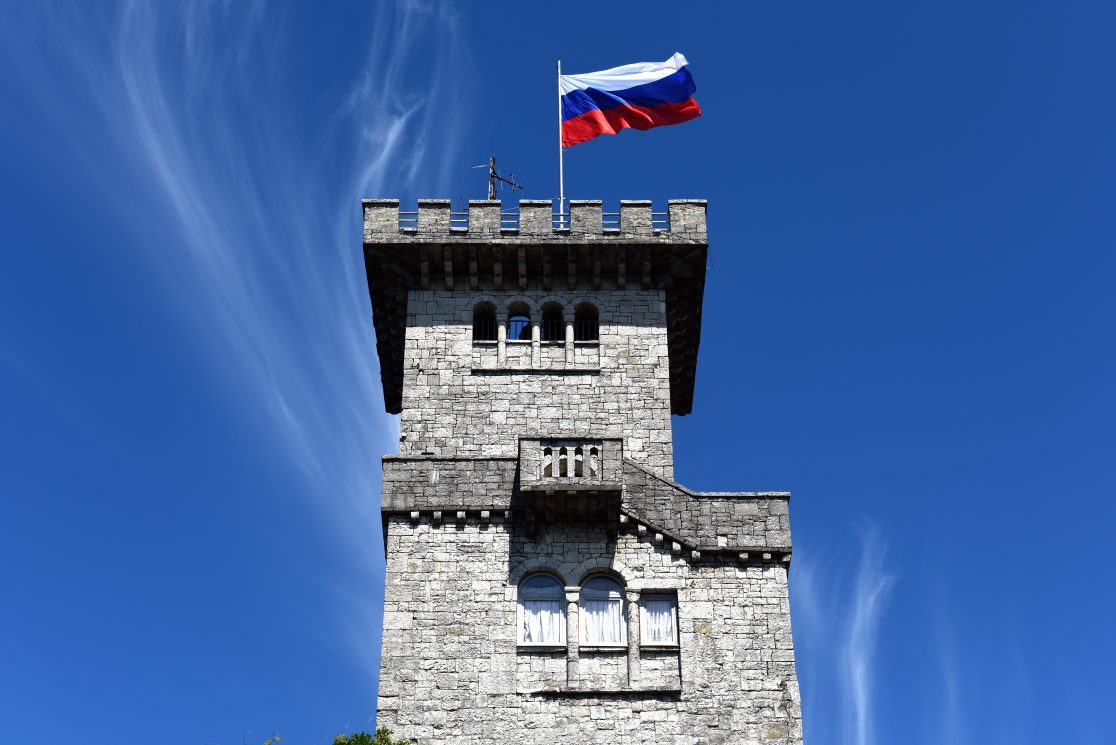 Krasnaya Polyana is the most inland part of the resort of Sochi. This mountain village is situated at an altitude of 600 m above sea level in the river Mzimta valley surrounded by mountains Aibga, Aishkho and Pseashkho. The tour to Krasnaya Polyana begins with a trip along the modern mountain road with tunnels, bridges and serpentines leading from Adler along the canyon formed with centuries by mountain river Mzymta. The tour passes Adler trout farm, then the route crosses the old tunnel and finishes at the view point, which offers panoramic views of the canyon and of the top of Krasnaya Polyana. In the village the tourists climb the cable road in comfortable 8-seat cabins to an altitude of 2200 m above sea level. Here at the top point of the ski complex «Gornaya Karusel», you can dine in a café (paid separately) and take photos.

The guide tells the visitors about the history of Krasnaya Polyana, about times when the area was conquered by the Romans, Iranians and Genoeses. Tourists visit the ruins of an ancient fortress and see the religious building of the Bronze Age — the dolmen, located near the modern village. Tourists will see the battlefields of the Soviet soldiers with Hitler’s mountain shooters, the famous Krasnopolyanskaya apiary, ski centers, which hosted the Olympic competitions in 2014. 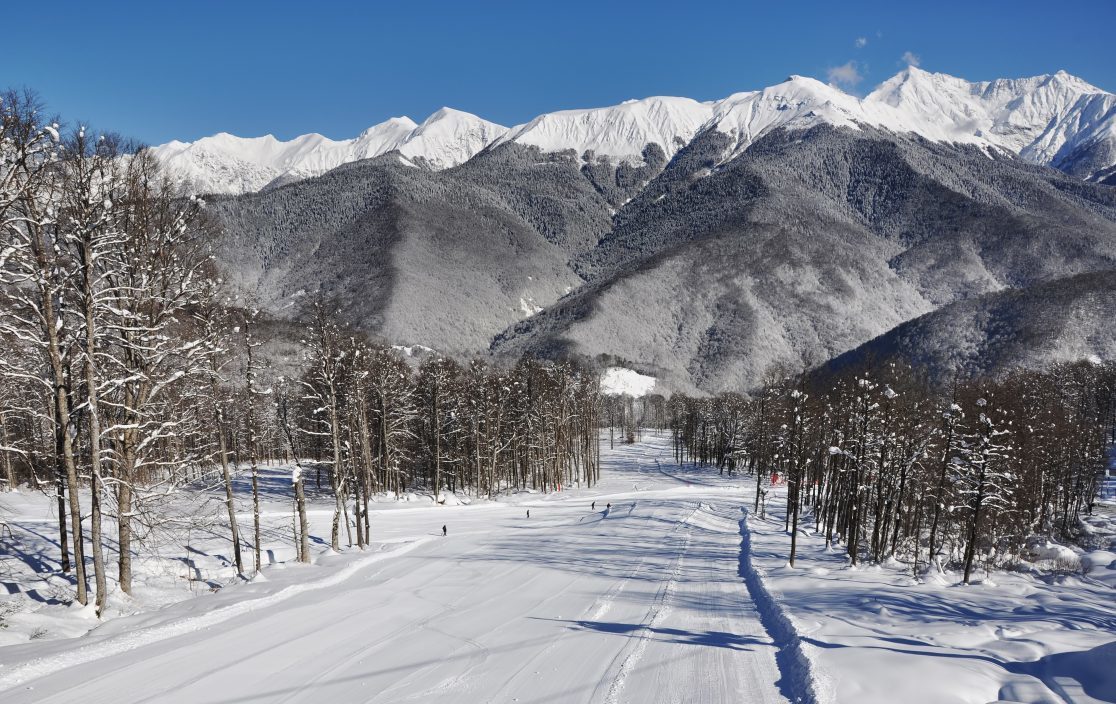 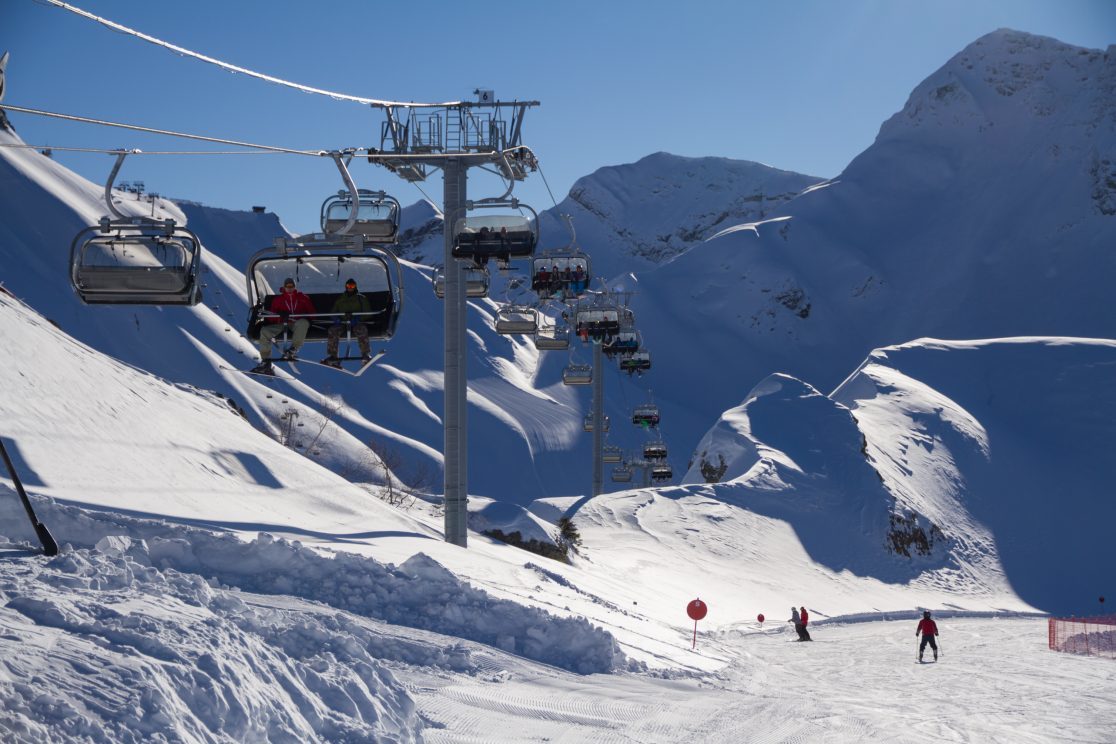