Veliky Novgorod is one of the most beautiful and ancient Russian cities. In the Novgorod Land, like nowhere else, you have a truly unique opportunity to experience the history of the Russian nation and feel the breadth of the Russian soul- thanks to the outstanding monuments, included into the UNESCO List of World Heritage Sites, a great number of holy relics and memorable places, inseparably connected with lives of many eminent Russian geniuses.

Veliky Novgorod is fairly called the Birthplace of Russia. The year 862, when Novgorodians invited Prince Rurik to govern their lands, is considered the date of birth of Russian statehood. Furthermore, the Novgorod Republic, with its characteristic independence and freethinking, is one of the oldest examples of realization of democratic order. Mass literacy, the first Russian school and the first book in the Russian language- the Novgorod Land is the very place where the Russian literacy was born. In the centre of the city, in the Novgorod Kremlin, you can visit the oldest Orthodox stone temple of Russia- the Cathedral of St. Sophia, which together with other Christian relics, attracts Orthodox pilgrims from all over the globe to Veliky Novgorod. The connection between of Novgorod and name of Russian geniuses is unbreakable, too-Fyodor Dostoevsky, Sergey Rakhmaninov, Gavrila Derzhavin, Sergey Diaghilev and many others lived and worked here. The past and present role of Veliky Novgorod in the Hanseatic League has a special place in the history of the city. Novgorod the birthplace of the epic merchant Sadko- was the one and only city, where the trade between Russia and the medieval Hanseatic cities was taking place. In 1993 Novgorod became the first Russian member of the Hanseatic League of the New Time, and in 2009- when the city celebrated its 1150th anniversary- Veliky Novgorod hosted the 29th International Hansa Days of New Time.

Novgorod is beautiful in summer and winter. If you have 1 free day during your stay in St.Petersburg we recommend travelling to Novgorod.

It is possible to go with the group by bus or by the train.

From St.Petersburg, Riga, Vilnius by train.

If you prefer comfortable travelling without time/money limit you can also make trip by car.

Novgorod has the same time zone with Moscow 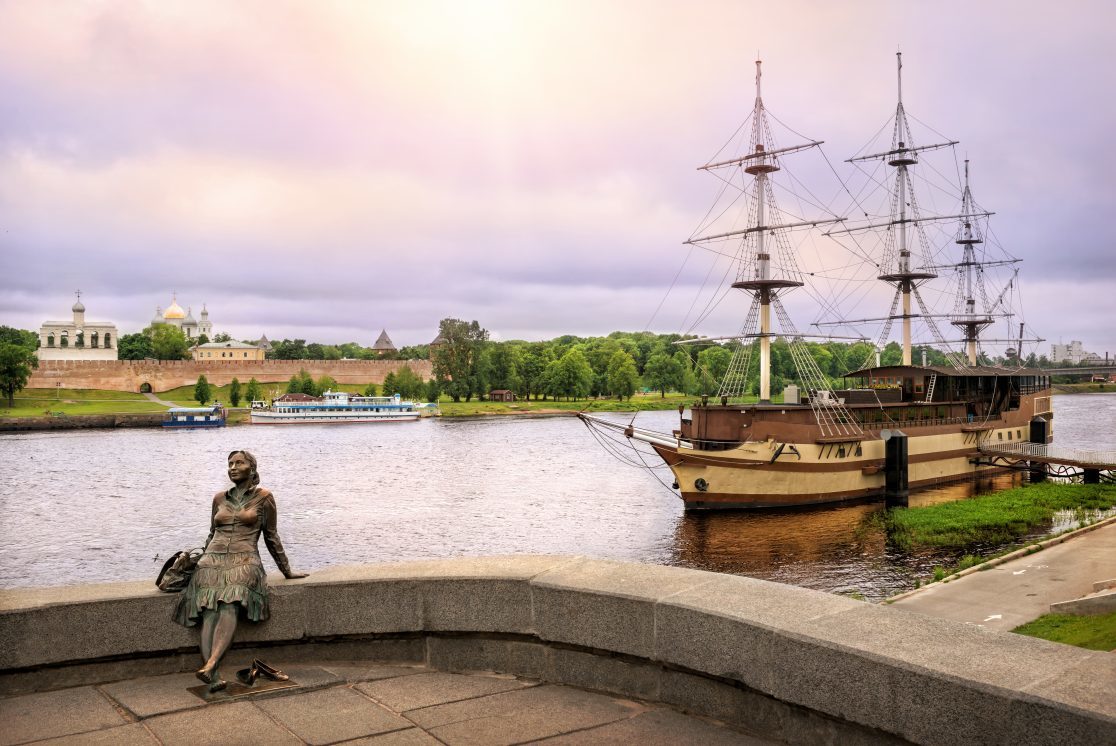 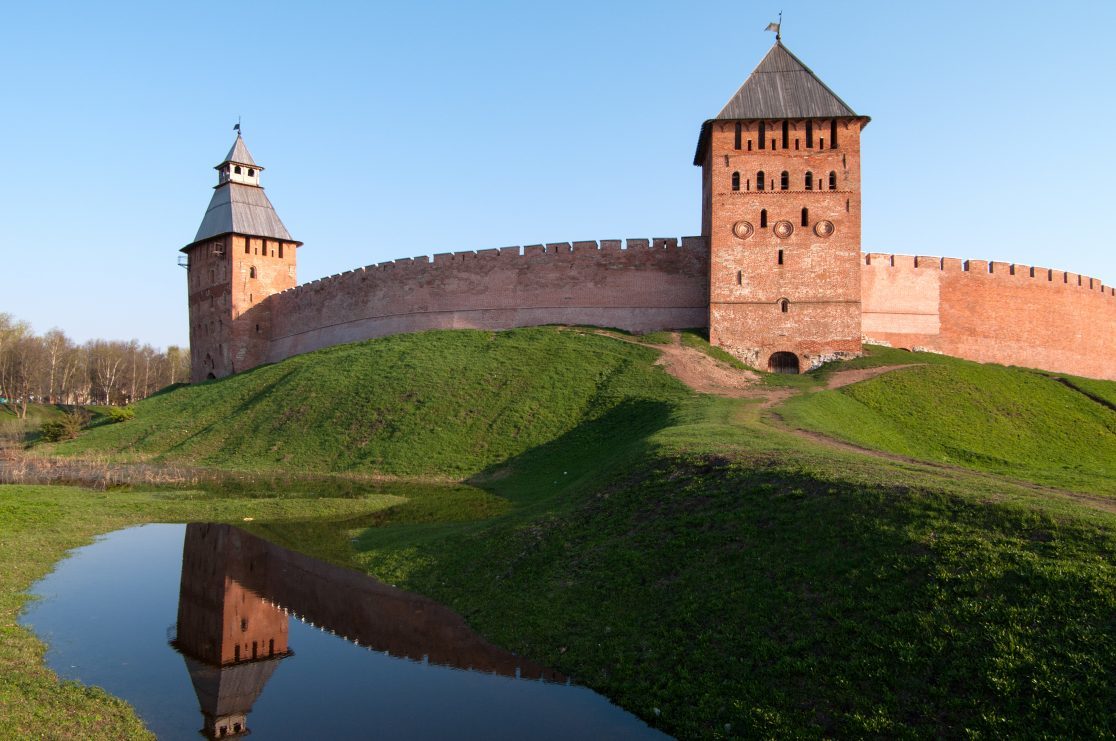 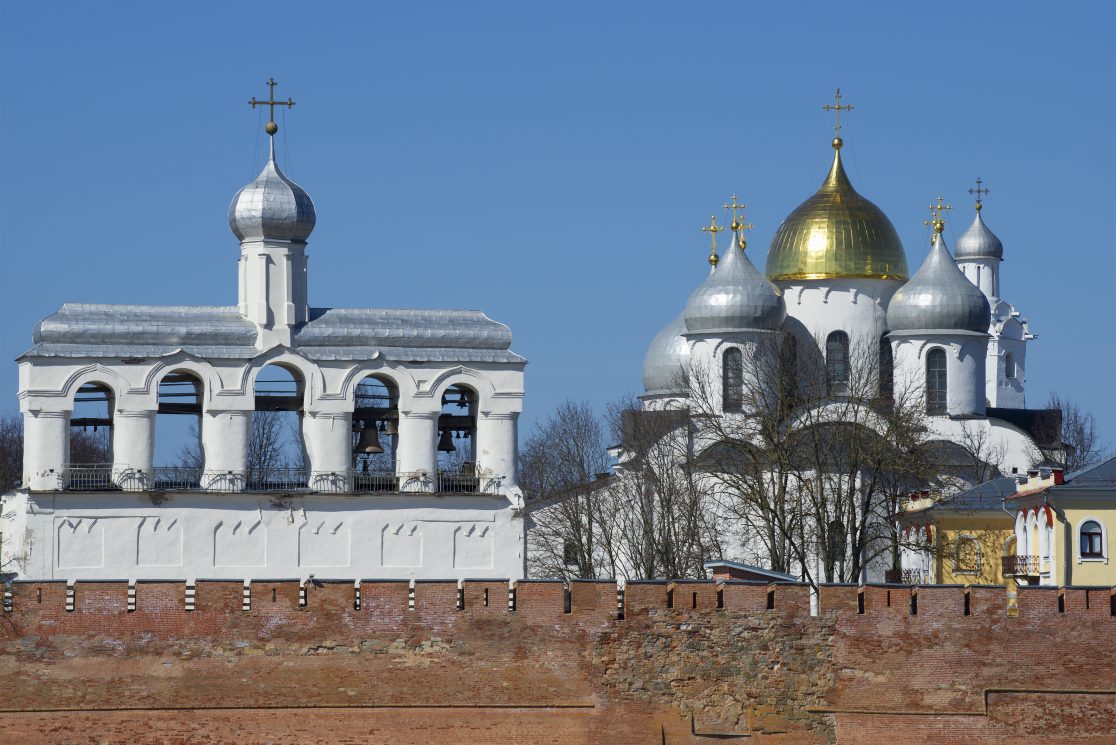 People come to Novgorod to see the ancient architecture, to visit monasteries and churches but what else…

A lot of festivals take place in Novgorod during the year. If you have the opportunity to come to Novgorod in that period you’ll get many impressions.

The traditional holiday of folk calendar before the Great Lent. Guests eat pancakes, take part in traditional rites, and circle dancing, folk games and decorate the stuffed Maslenitsa doll with ribbons. At the end of the holiday the doll is burnt while the folk songs are being sung.

Medieval Novgorod was a leading trade partner of Hanseatic Union, the link between the Europe and ancient Russia. The program includes creative ensemble performance, pie contest, food courts, fun games and workshops. Songs are being sung.

Annually the festival unites different folk collectives, song and dance ensembles, masters and craftsmen from many countries. The culmination of the festival is participation of the guests in the traditional regional folklore and crafts festival at the Open-air Museum of Wooden Architecture Vitoslavlitsy.

Kupala-the fest of summer solstice, magic rites and sacrament. The program includes the performance of Kudesy folk theatre, rite procession, the cooking of Kupala rite porridge, ukha (traditional fish soup), the weaving of wreaths for those who are in love, fire purification and Lake Ilmen rite swimming.

Here you will listen to jazz of many kinds at the open-air venue in the Kremlin- the very center of the city Musicians from Novgorod, St.Petersburg, Yaroslavl, Moscow, Belarus, the USA, Cuba and Finland have already amazed Novgorod guests and residents with their art.

An interactive show in the Novgorod Kremlin on the open-air stage besides the Kokuy tower recreates the life of ancient Novgorod. The participants of performance spend an unforgettable evening in the atmosphere of medieval Russia. At the craft market you can buysouveniers, and in the workshopsof craftsmen you can make the goods with your own hands. Holiday visitors are given the rare opportunity to hear the voices of the revived ancient musical instruments: harps, bagpipes, wheeled lira. 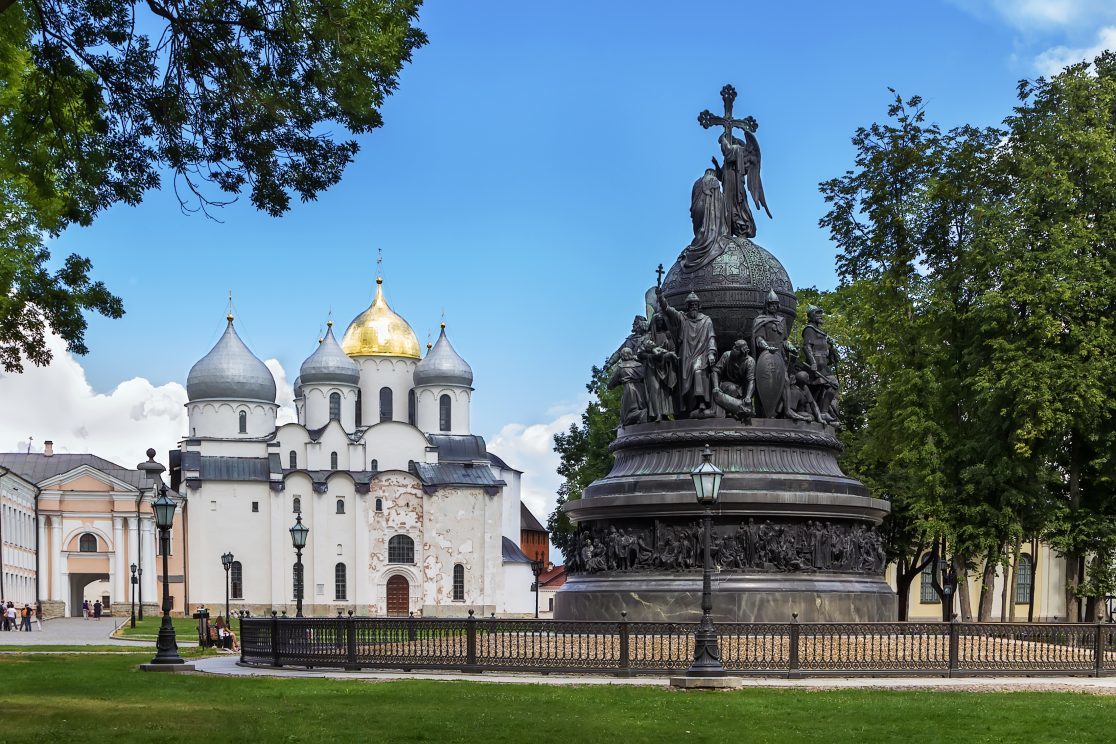 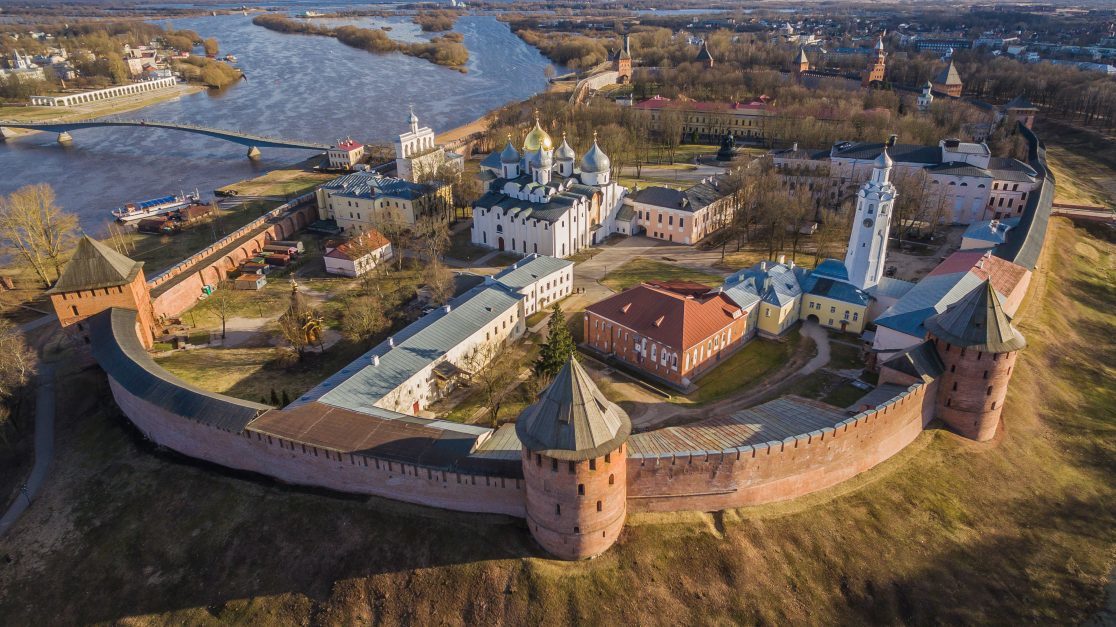 In June 2014 Vitoslavlitsy celebrated its 50 anniversary. Located on the banks of LakeMyachino and the VolkhovRiver, at St. George Monastery there is an open-air museum of wooden architecture «Vitoslavlisty.»  This is one of the most picturesque places in the Novgorod region. Izbas (village houses), chapels and churches form streets like those in old Russian villages. Restorers managed to preserve the unique works of Novgorodian carpenters. The buildings on display are so magnificent that they need no introduction. The church of Nativity of the Blessed Virgin impresses not only with its architecture but with the age too. It was erected in 1530.

To get to know how Russian people lived many years ago, one must visit any of the izbas.

Vitoslavlitsy is famed for folk and trade festivals, Christmas fortune-telling and the International Bell Ringing Festival is annually held there. 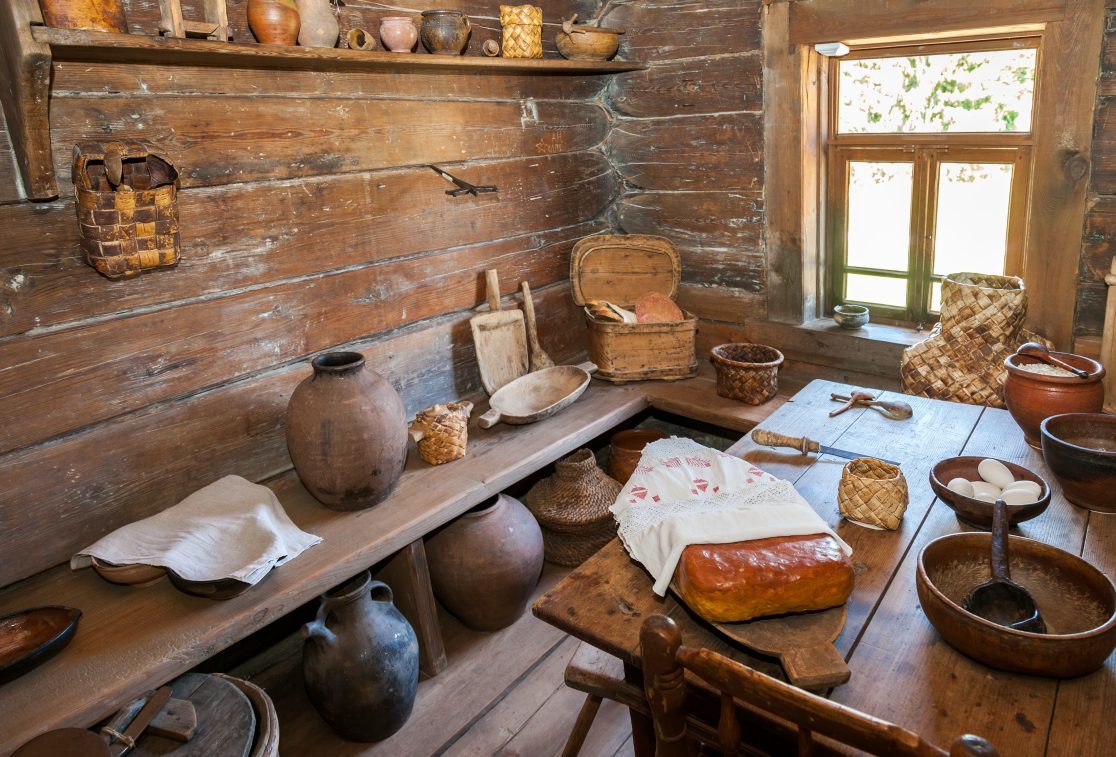 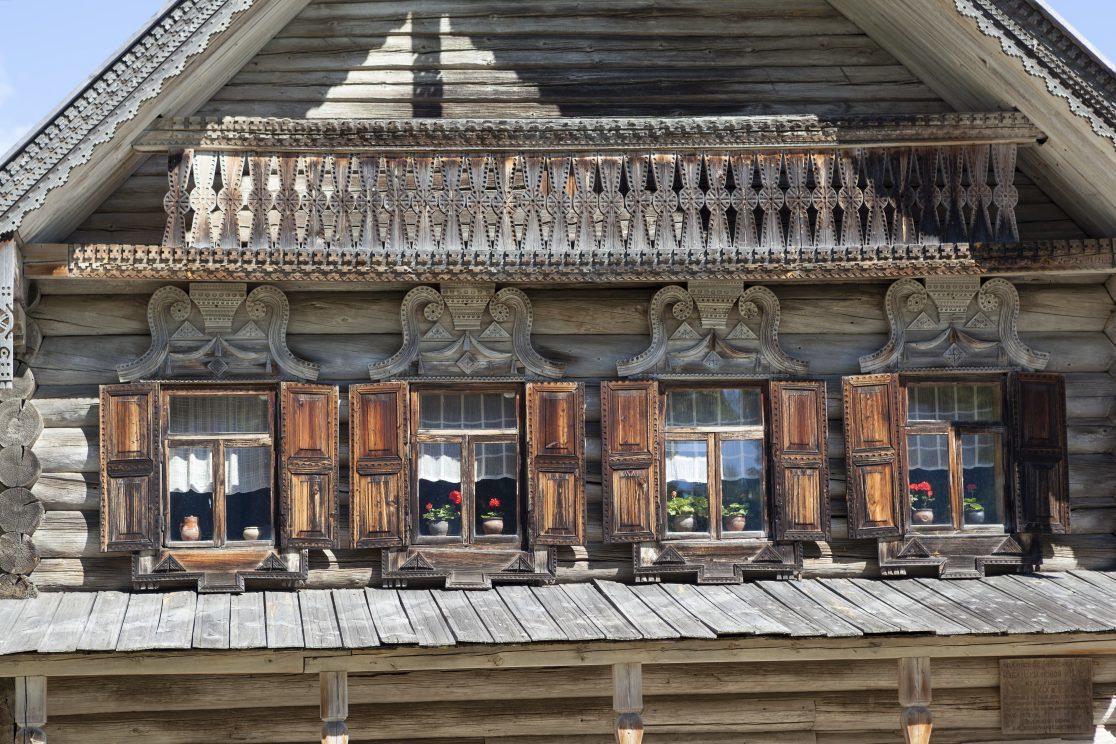 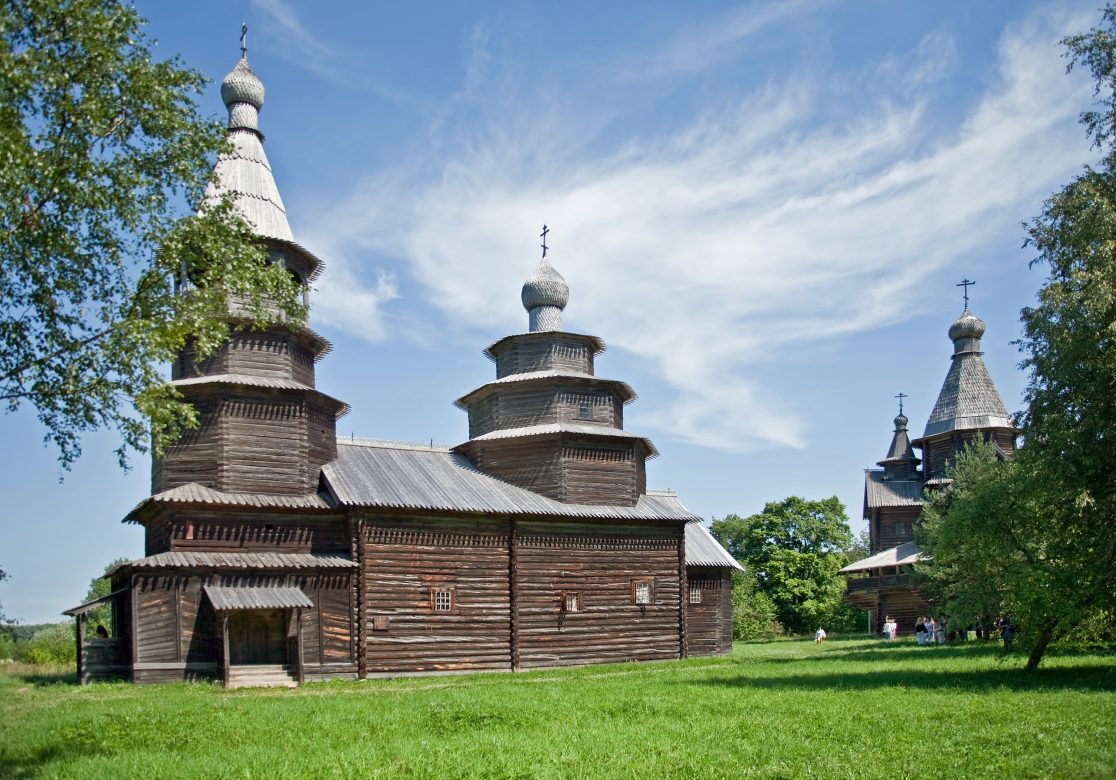 Unique landscapes of the Ilmen lake region, an opportunity to take the best shots of the city and to have a good time. During the summer you can rent a boat or a catamaran, go on a waterbus trip along the river Volkhov, fish, then make yourself comfortable the arbour and have a barbecue. 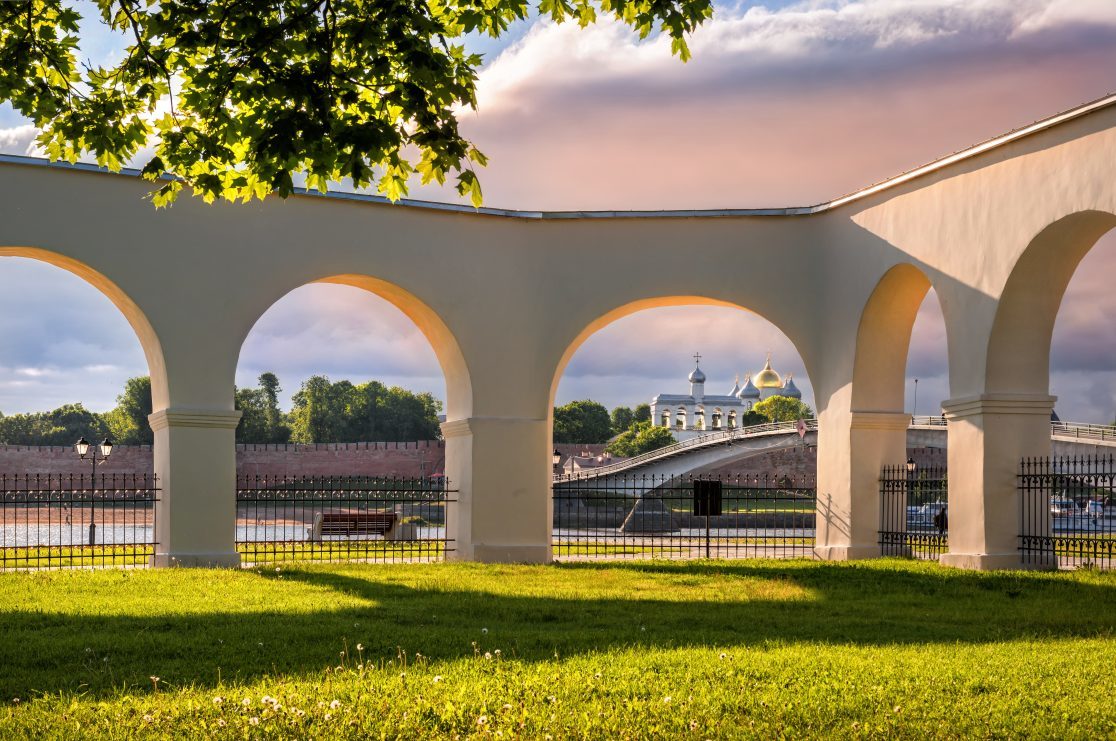 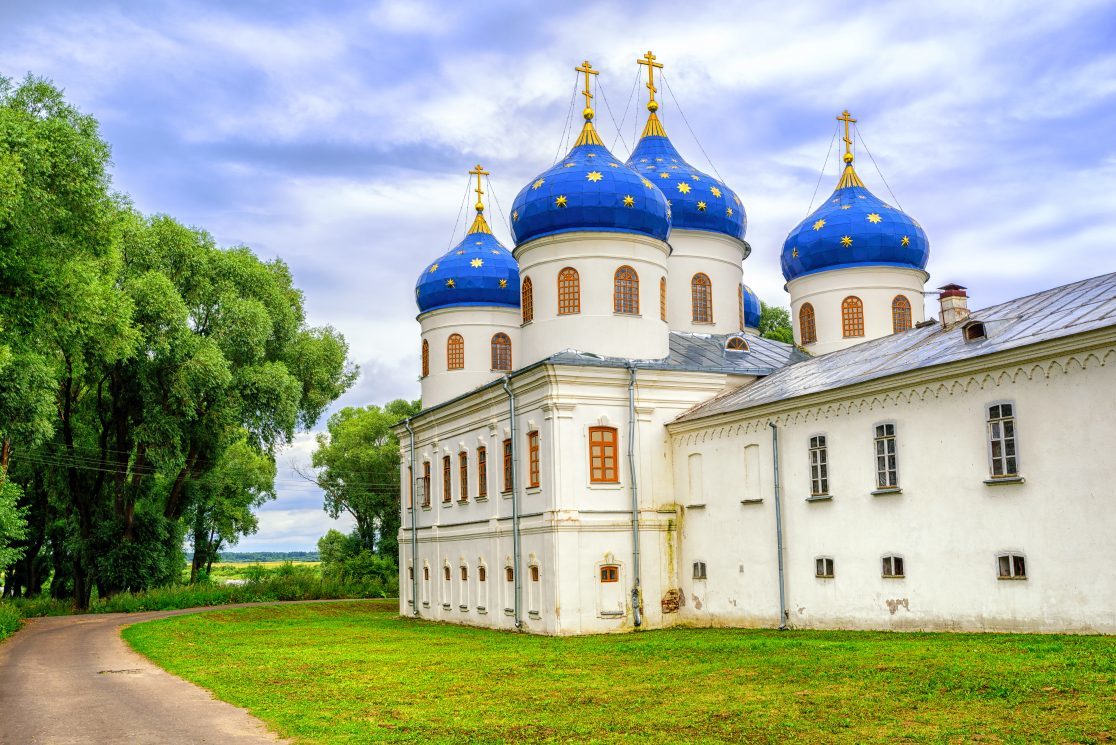 Valday is a wonderful area of rivers, lakes and woods. From long ago, Valday has been best known for its bells. In the Museum of Bells

http://novgorodmuseum.ru/muzej-zapovednik/valdaj/7-muzej-kolokolov.html# you can enjoy the biggest exhibition of bells, gathered from around the world. The museumpresents the history of bells, their variety, functioning, and ways of sounding. The exhibition is locatedin the architectural monument of the 18th century- the curch of St. Catherine built for the empress Catherine the Great.

The Iversky Sacred-lake Monastery in Valday, founded by Nikon the Patriarch in 1653. That’s where the first provincial printing house and the 1st Russian studio were located. In 1991 the monastery opened its doors for visitors. The monastery is known for the wonder-making Iverskaya icon of the Virgin Mary-the sanctuary that attracts piligrims from all over the globe. 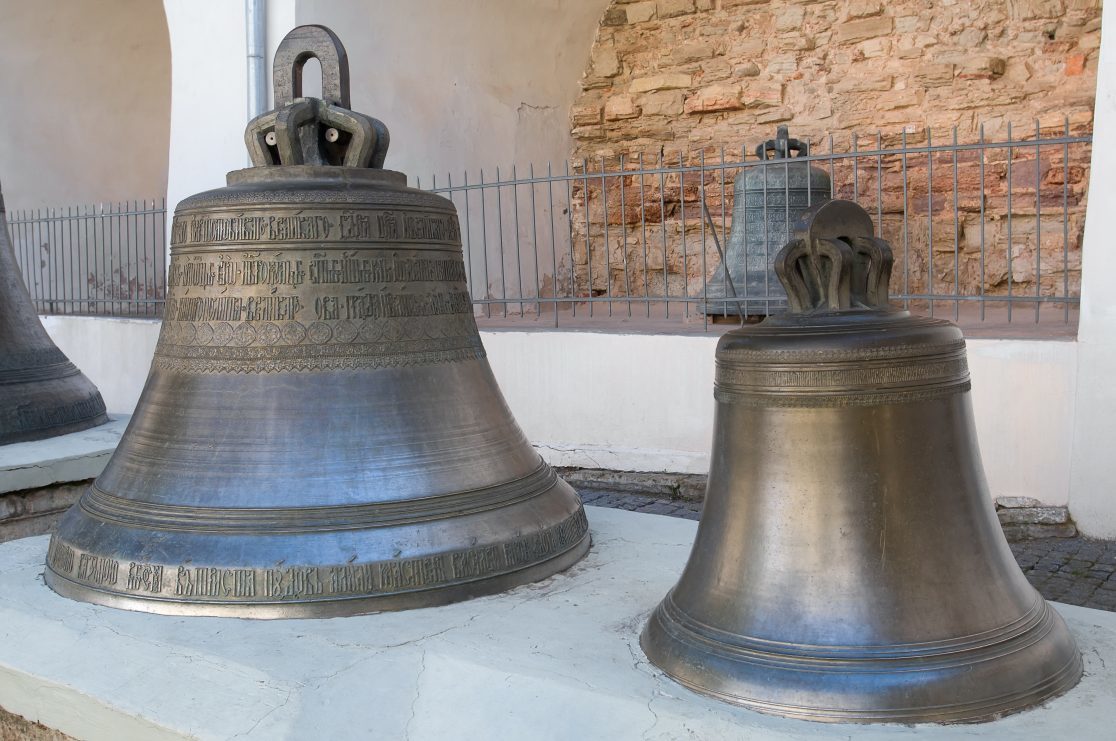